A vis mig session with good views over the sea from Heysham Head highlighted by two Slavonian Grebe slowly floating in close together on the last of the incoming tide.  Also an email received from Martin Collinson indicating that the Lesser Whitethroat ringed at the end of October had a 100% DNA match with blythi and sufficiently different from other forms to rule them out.   This makes it the first confirmed Lancashire record 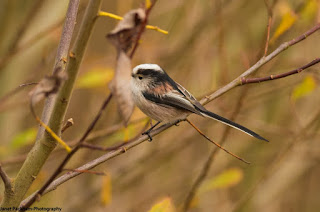 Sparrowhawk - 1 perched on one of the large white fuel tanks.