North wall 0730-0830
Osprey - one picked up heading leisurely north on a 'flat sea scan' of the inner Bay - miles away but recognisable to the north of Ulverston.  It plunged once into the sea and drifted north until lost against the background.  It didn't fly past the normal seawatching line (looking towards Walney lighthouse), unless it was really high, so may have been a Cumbrian breeding bird on a calm sea fishing expedition?
Arctic Tern - one flock of 11 in (one more than expected)
Common Scoter - 10 in, 5 in, 6 out, 6 in
Little Egret - what was assumed to be this species headed NW across the Bay and seemed to come ashore at Baycliff (Cattle not completely ruled out on rear end views as not picked up very early and couldn't see any yellow foot projection or the bill)
Red-throated Diver - summer plumaged bird heading out was a surprise but they have been regular off Rossall of late
Knot - flock of 300 in summer plumage headed NNW and climbed

Pics from yesterday (thanks Janet) 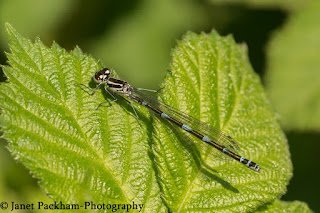 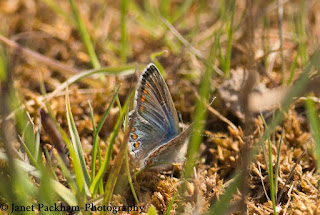 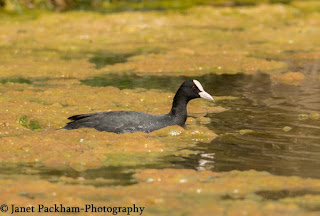 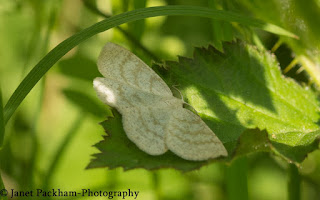 Moths
Pale Prominent is very rare here - not sure how many previous but only 1-2 from memory, also Small Square Spot new for year and a fresh Hebrew Character still 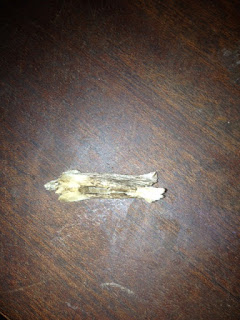 Mammal
At least one, probably two Harbour Porpoise (or one very fast swimmer - not together)
Posted by Pete Marsh at 09:24 No comments: