Offshore vigil sees one gain, one pull back, one loss

Perfect for the offshore low tide channel today except for the tide now being a neap and, to follow the previous pattern,  the Eider flock was depleted and missing what would have been pretty good views of the Velvet Scoter. 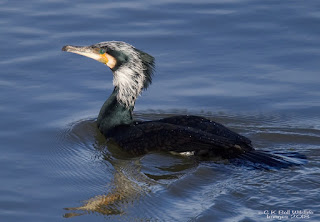 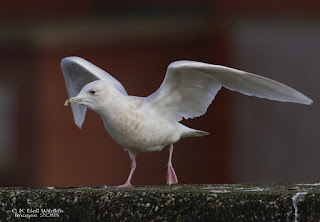 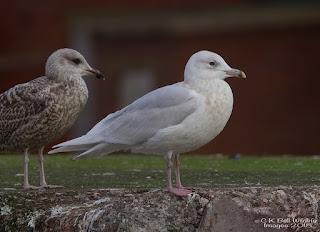 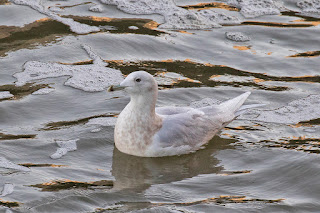 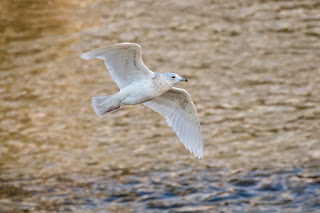 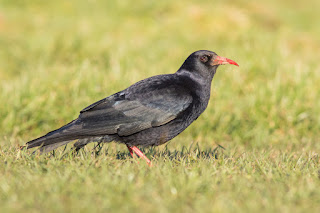 Goldeneye - adult drake close inshore - very welcome record of a species which has really nose-dived in this age of clean seas off here
Shoveler - a nice second chance after missing the Middleton female - frost-displaced drake with one of the Eider flocks
Eider - 466 'only'
Great-crested Grebe - c10
Red-throated Diver - 2
Wigeon - 4 in Kent channel
Red-breasted Merganser - just two
Rock Pipit - one north harbour wall
Pale-bellied Brent Goose - two in usual place off northern end of horse fields on inshore skeer.  The stuff they are eating is called Enteromorpha intestinalis (thanks to Dave Allan and David Dunlop for help).  This is what the PBB (and Wigeon) eat in Strangford Lough when the eel-grass is depleted
Iceland Gull - 3rd W on waterfall at least all morning
Chough - elusive below the cliffs in am, but easy to see from mid-pm as the fields thawed
Snipe - 82 feeding on heliport grassland
Stonechat - female along half moon bay upper shoreline 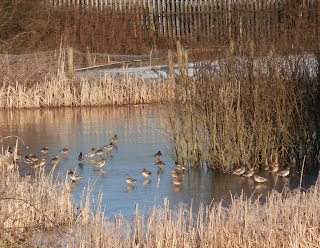 Everything else frozen out other than 3 pairs of Mute Swan
Catkins!: 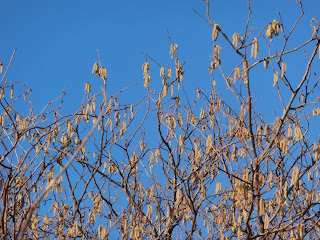