Sandwiches on the beach

The early light SE wind gradually moved to SW. overcast all day with just a few glimpses of sunshine.

Nets set by 06.30 but fewer birds around this morning than perhaps expected. I needed to take down at 10.30.

Two single Grey Wagtails were attracted down by the mp3 but were not trapped. The only other bird flying over was a single Swallow at 09.30.

I walked along the mud out from the saltmarsh as the neap tide was towards high water. Almost uniquely I was alone, apart from the wildlife, but the birds seemed very flighty. I think the juvenile large gulls flying around erratically were confusing the waders.

Bar-Tailed Godwit 8 including 3 in summer plumage

Sandwich Tern 4 minimum. There was one family (2 adult and 2 juveniles), but again they were quite flighty and several sightings of individual birds could have been birds from these four. There is no doubting they were a family, any parent could relate to this:

I just had a short walk along the sea wall in the afternoon, to see if any other ringed Mediterranean gulls were on the beach next to the wooden jetty. But today there were only 2 adults and neither ringed (even though tide, timing and weather seemed the same as yesterday).
However we have received the updated history of yesterday's bird ringed as a nestling in Holland 24/06/10
Since it was seen here last autumn it was seen
27/12/21 reserva natural Estuário do Douro, Canidelo; Vila Nova de Gaia; Porto; ; Portugal 41,08N 8,4W
5 to 23/01/22 Playa San Lorenzo; Gijón; Asturias; Asturias; SPAIN 43,32N 5,39W
This Little Egret (originally incorrectly identified by myself (Malcolm) as  GWE) is feeding just below the sea wall. It catches a crab and then immediately releases it, crabs nip! But it gets a consolation goby.
But, this clip starts with another crab in its bill. It actually leaves the water so as not to risk losing this one. It then returns and catches another Common Goby - easy, albeit small pickings.
Both the crabs were of similar size. The only difference must be that the second crab's exoskeleton was not fully hardened (they are soft when the old one is shed and it goes through increasing stages of hardening before the pincers become totally effective again).
You don't need to walk miles and carry high quality optics to enjoy the local wildlife, Janet provided this report and pictures from her phone (although Janet does walk many miles with here camera as well). 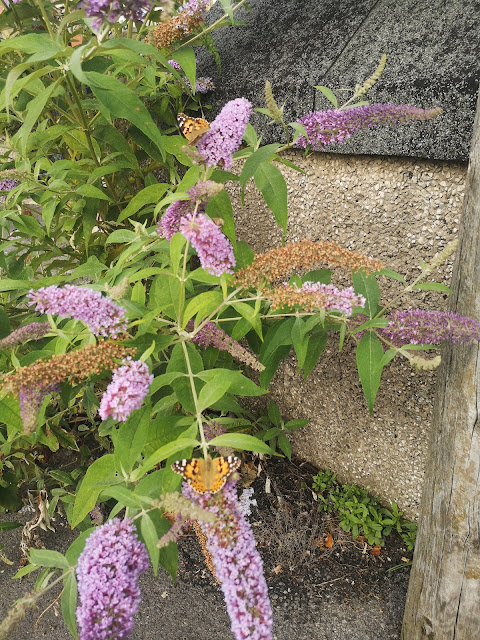