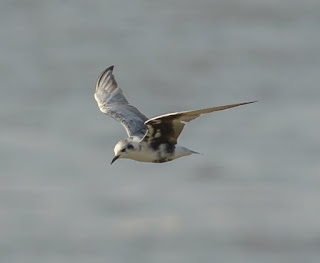 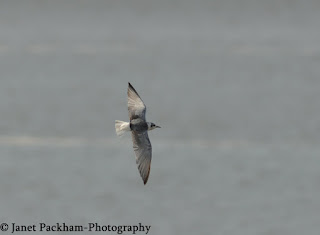 Not a bad day for ringing, but too clear to raise expectations of any Yellow-brows. Indeed the night migrants were almost all early on in rapid transit.  Vis mig was its usual tricky self in the clear blue sky, not helped by a lot of traffic noise and the figures are an indication of ratios rather than anything definitive.  There was clearly a decent movement of alba wagtails and more noisy high-flying southbound Coal Tit.

Grounded
In addition to ringing totals, at least 4 Goldcrest by the office, 4 Blackbirds behaving like (early) migrants and two Song Thrush descending from height into bushes also appearing to be migrants
Reed Warbler - the most notable grounded passerine, given time of year, was trapped/ringed by the office