Busy day for odds and ends

A handful of inner bay Leachs Petrels moved out at various times during the dropping tide (missed the lot!).  The outfalls attracted a few waifs and the incoming Ben my Chree was pretty good considering a freight ferry dragged some of the fare back out before it was in range

Arctic Tern - juv seaward end of outfalls mid am, then adult  in with the Ben at 1220
Common Tern - at least three adults on outfalls/following ferries
Leach’s Petrel - one 0830, one 1030 and two possibly three others logged heading our way from
Stone Jetty
Sandwich Tern - adult out 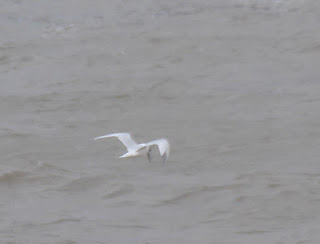 Little gull - ad and a second ad/3cy with the usual bird just after a morning squall
Spotted Redshank - moulting ad out
Shag - ad or near adult by north side harbour mouth-  Returning bird?? 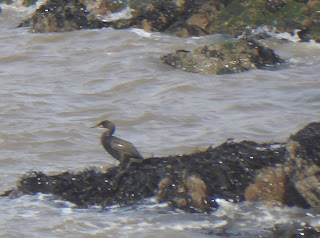