Nowt yesterday other than 130 Eider in low tide channel

Spent about 30 minutes this morning in absolutely superb haze free visibility trying to see Brent Geese at Rampside!!   Just too far away, but there was nothing to look at in between Heysham and the Furness coast - absolutely dead bar one Eider flying out, despite a strong incoming tidal flow 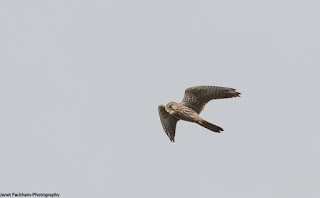 Brown House Moth in the moth trap along with Early Grey and Early Thorn
Posted by Pete Marsh at 22:50 No comments: