Strolling in the rain

Variable strength breeze mainly from west, light to moderate rain for most of the day.

The only news I have so far, is from my morning stroll along the south wall - hopefully more later (MD)

Rock Pipits - a minimum of four. There were three near the lighthouse, two feeding together plus one seperate, often standing above nest. At least one other bird seen on the harbour wall near waterfall and the old LMS building. 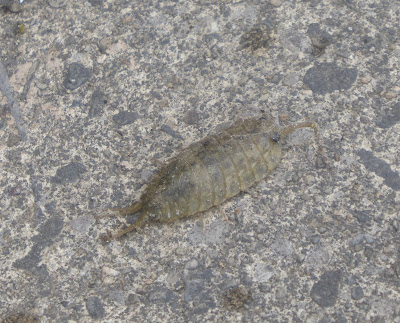 This is a Sea Slater, it is about 3cm long. The Rock Pipits have been seen both eating these and feeding them to their young. I don't now how much nourishment there is in one of these, but it certainly seems a large meal, particularly for the younger birds.

Redshank 1 on sea wall. It's nice to be shouted at for intruding again.
Greylag Goose 2, either flew from Red Nab or Potts and flew north over the Power Station
No sign of the leucistic gull today

This cormorant made short work of a decent sized eel. 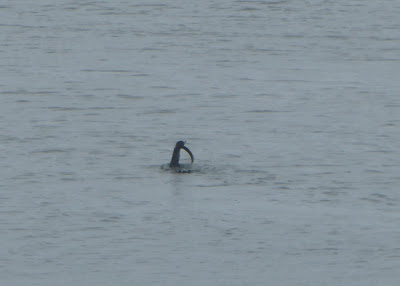 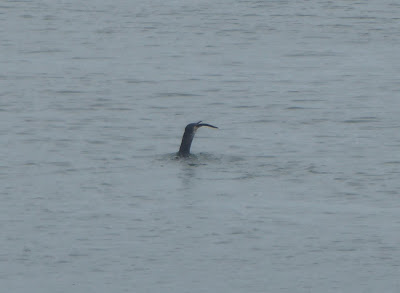 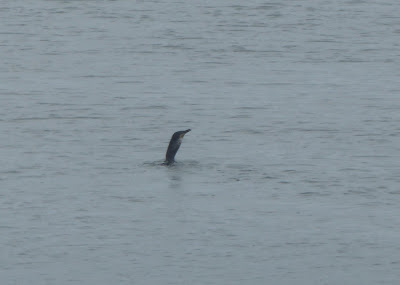 This eel will have just left fresh water, in preparation for its journey back to the sargasso sea.
Posted by Pete Marsh at 20:47 No comments: