Heysham Obs
A day off work putting BTO atlas roving records on to an excel sheet as requested, working to the 31st Jan deadline, so didnt go on to the BTO site.  500+ records later, I was informed of this:  "We have extended the deadline for online data submissions to 20 February 2012"!    At least it has been done.

Hopefully this will give more time to add more of the roving records gathered during consultancy work.  Any consultants out there who have covered an obscure atlas-deficient location only to hide behind the excuse that "its not our data to put on BTO site"?   I have only had one example in 15 years of consultancy work where a client has expressed a wish for records not to be released and this was for a very understandable reason.  Please check with your clients and go for it!

Pretty low key stuff by all accounts with some of the seabirds having seemingly departed overnight: 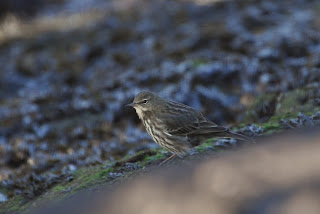 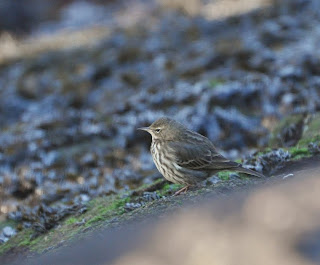 Thanks very much for these, Janet - it looks much brighter than the other day - there have been two birds reported
Posted by Pete Marsh at 22:22 No comments: