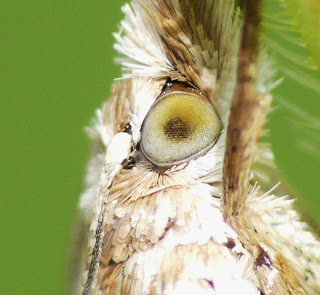 any guesses?
Outfalls
Med Gull - 2CY with quite a bit of black on the head briefly on the seaward end of Heysham 2
Gull roof-nesting census
Lesser Black-backed Gull - 69 visible nests/broods in the Heysham area with a majority on the old Fishers building (24 pairs).  This includes 3 on Ocean Edge reception!  17 visible nests/broods on Middleton Industrial Estate but several roofs difficult to observe here & needs re-censusing from the high point between MIE and the caravan site.  An unknown, but probably small, due to deterrants, on Power Station roofs which were not visible
Herring Gull - 34 visible nests in the Heysham area with half of these on the old Fishers roof.  Includes one pair on Ocean Edge reception and the same comment as above applies to some of the Power Station.  Just 4 visible nests on Middleton IE (but see above)
Great Black-backed Gull - certainly on territory on the top of the Fisher's building early in the season but no sign today of adults or hatched young
These exposed roofs have been 'hammered' by strong winds +/- rain during especially the last week of May and the numbers (as exemplified by the apparent GBBG failure) appear to be lower than expected, although all previous years have seen part-censuses 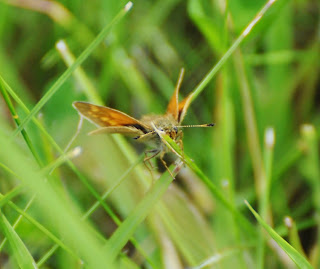 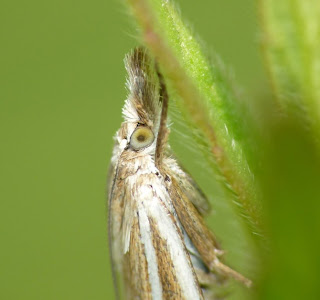 ﻿Now is the time to look for Large Skipper before they are 'swamped' by and 'lost' amongst the huge Small Skipper numbers at this site.  Then an easier to identify shot of Crambus lathoniellus (I think that is the correct "grass moth"!!).  Thanks Janet.
Posted by Pete Marsh at 22:01 No comments: