A full count of the saltmarsh Jack Snipe. Plus SEO bonus

Saltmarsh - high water 11:20 - 9.8m
This set of spring tides started encroaching on the saltmarsh on Saturday. The reports of Snipe, up to now, were from my walks past as the tide was covering it. Today, David Talbot and three colleagues Graham and David Hulme and Geoff Carefoot strategically positioned themselves before the tide reached the saltmarsh and remained until it was fully covered, resulting in a very thorough survey of the rising birds.
This report and excellent pictures from David T - N.B. these are high resolution images and need to be "opened" to appreciate the detail.

Good, early activity on the flooding marsh towards high tide.

First a Short-eared Owl flew from the centre as the tide advanced. 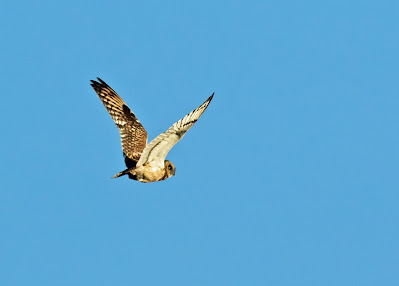 Ultimately 14 Jack Snipe were flushed by the rising water but as is typical of Jacks some were reluctant to leave the marsh edge. Plus another Jack Snipe on the grass above 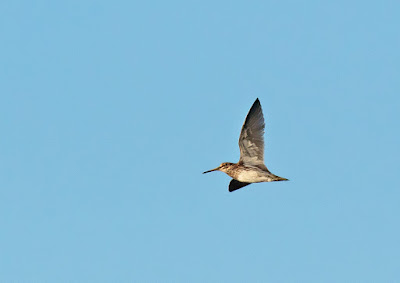 A handful of Common Snipe too which barrelled off high towards Middleton.

Footnote (MD). On Saturday when the tide reached the saltmarsh for the first time in over three weeks 45 Common Snipe were flushed along with several Jack Snipe. But as David says the Common fly directly towards Middleton, whereas the Jack try to relocate on the marsh. Obviously, not all the common are returning between tides. Please note that Ocean Edge remains locked down. The only access to the saltmarsh is along the foreshore.
Middleton Nature Reserve
Just a quick look at the "no swimming" pond
Gadwall 32
Shoveller 2 m&f
Tufted 2 male
Teal 2 m&f
Mallard 2 m&f
The warner weather today rewarded Kevin with a Small Tortoiseshell in his garden. Nothing special, but cheering to see.
Posted by Pete Marsh at 20:03 No comments: