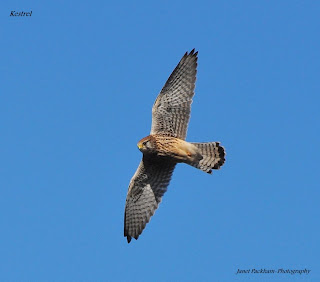 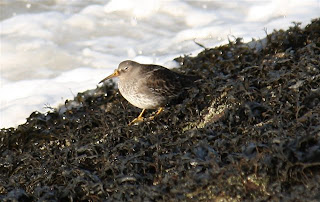 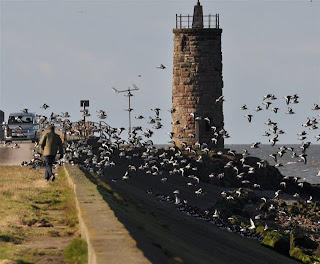 A selection of recent pics taken by Janet (Kestrel and one of Sunday's three heliport miscreants) and Pete Cook (Purple Sandpiper).  On Sunday, during survey work, just three people saw fit to walk along the heliport seawall at or near high tide out of well over 100, mainly dog walkers, using Half Moon Bay beach and adjoining grassland, but the first of these (and two dogs) led to a roosting flock of 2,700 Knot leaving the site
Heysham Obs
An increasingly windy and wet day saw a lot of computer screen and not a lot of birds

North harbour wall
Twite - between 37 (early morning) and 42 (lunchtime) on and around the seed, including an absolute minimum of 7 unringed birds and at least one 2011 Machrihanish-ringed bird
Goldfinch - 3 with above
Med Gull - one adult
Kittiwake - 3 2CY on Heysham 2 outfall, waterfall area not checked

Moth
The first Hebrew Character of the year graced the trap, quite early for here
Posted by Pete Marsh at 20:07 No comments: