An almost breathless misty start to the day. Later a westerly breeze picked up. Sunny.

Grasshopper warbler - 08:00 one singing from bush near Half Moon Bay cafe. First of the year, but probably missed some. No reports from Middleton.

Sandwich tern - 07:30 at least 5 (2, 2, and 1) feeding out from Half Moon Bay. Difficult to tell exactly how many as they kept disappearing into the mist.
There is nothing dainty about the feeding method of a Sandwich tern....... 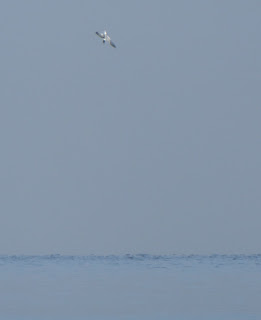 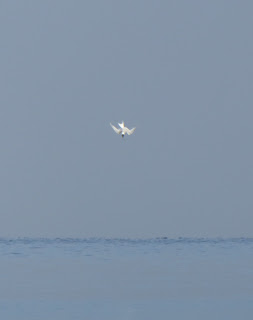 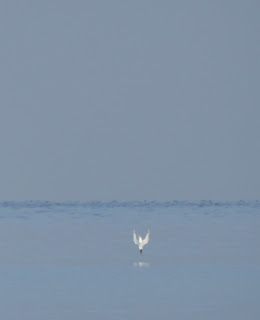 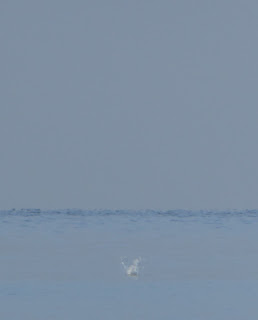 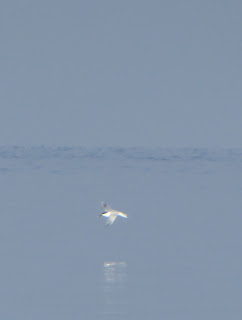 But it is effective - got one (MD) 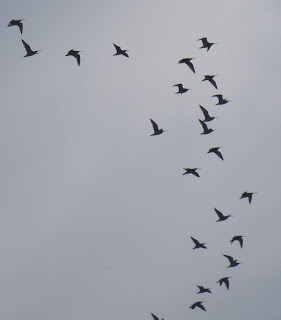 Some of the 60 curlew

Rock Pipit - both the Heysham Head and Harbour pairs are territorial, and one of the Harbour birds seen taking nest material to nest hole in harbour wall. 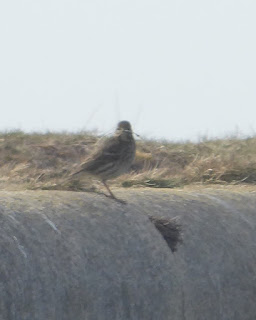 Greylag geese - for the past week Janet has been reporting a pair around the general area, but always just outside the recording area. Today, they came in for... 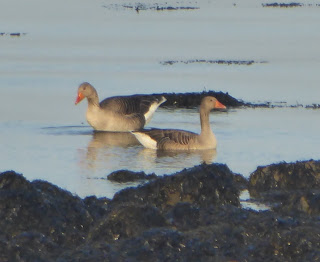