No overnight frost, but the larger ponds remain ice covered apart from a few pockets. The wind shifted to the west then to WSW, quite light, but starting to freshen by evening. Forecast to become strong SW by the morning. Light showers for most of the day, becoming more prolonged by late afternoon.
Middleton Nature Reserve
Mute 2 adult 3+1 juvenile
Coot 6
Moorhen 8
Little Grebe 1
Gadwall 30
Teal 1
Mallard 2
Water Rail 3
Goldcrest 1
North shore - towards low water
Eider 71
Red-breasted Merganser 3
Knot c1,000
Pale-bellied Brent goose- at least 31 - at 14:00, as yesterday, there were about 31 feeding around one of the central skeer pools (one that then feeds the drain to the skeer corner). They are not easy to see when feeding here as this panorama shows.
By 14:45 they were all gone from the pool, possibly influenced by a motorcycle going through the area! But there were still a group of 6 on the water on the south side of the skeer. There is no way of knowing if they were part of the original 31 or additional.
Well, I doubt there are many places In Lancashire that would regard 31 Brent Goose as a "slow news day", but I've decided to show you the fruits of my "trawling" yesterday anyway (MD).
On yesterday's post I showed the tiny net I'd made (actually I only fabricated the net, I had the frame, no idea from where or when or what for!). I wanted to see just how many and what size the shrimps, that so many birds are feeding on at the moment, are.
I selected a drain that wasn't being used by any birds, I knew this would likely indicate the density would be lower than the ones being used, but I didn't want to disturb feeding birds.
I placed the net so it was touching the bottom of the drain and just covering the net. I estimated this to be the feeding depth for Redshank, indeed this is the same drain where I videoed the Redshank feeding (see post 26/12/20). 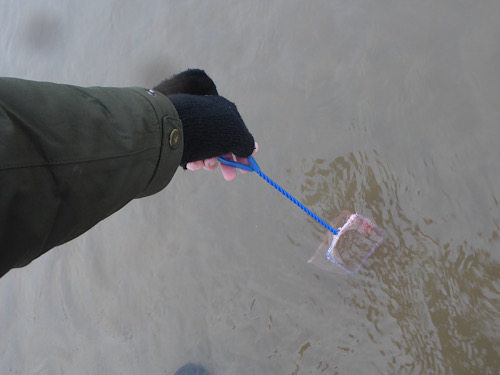 I pushed the net quickly up the drain for 1 metre. 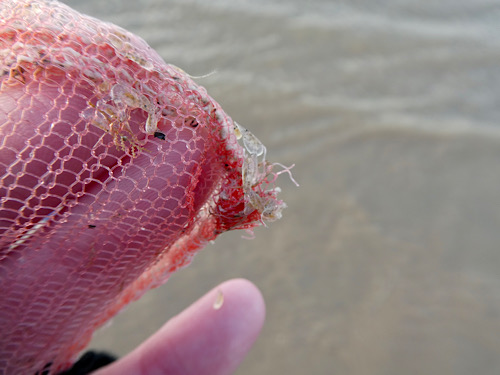 At first I though there was nothing, I needed my glasses to see the tiny shrimps, but I had caught at least 30. 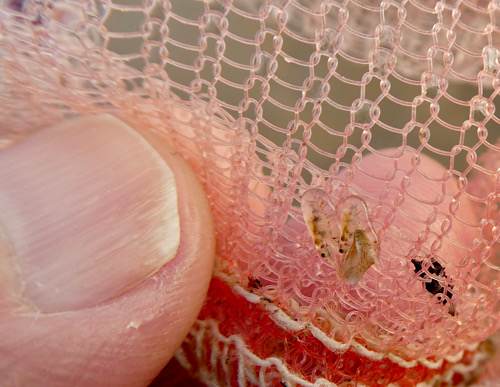 This is a detail of two of them, plus a piece of detritus, probably what they were feeding on. Doubled up like this they were about 8mm, so would be 15-16mm when flat on the mud (not including antennae). This is a very early, probably the first adult stage, they spend the first year of their life as zooplankton, then up to a year in increasing size stages of adult form, shedding their exoskeleton at each stage. It will be September before these will be the size that you are used to seeing them in fishmongers.
Small as they are, they contain a lot of nutrients, the body muscle alone is 33% of the overall weight. And there are a lot of them, there needs to be, they are the staple diet of a large proportion of the area's Black-Headed gulls at this time of year, and this year there seems to be a glut and the waders are feeding on them too.
Posted by Pete Marsh at 20:20 No comments: