Heysham Obs
Bit of late news - this was nicely photographed by Steve Rock this afternoon on the spit on Middleton and therefore now represents the first record this year - no others noted, despite the observer searching for dragonflies, so the main influx appears to have been on 2/7 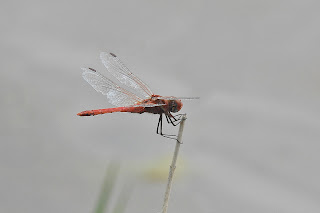 The Obs resembled a moth identification centre this morning with four people checking unidentified tiddlers from the Sunderland Point 125MV, pot-ticking upland fare from the Leck Fell actinics and going through the not inconsiderable contents of the toilet trap.  Thankfully the likes of Grey Mountain Carpet did not escape! 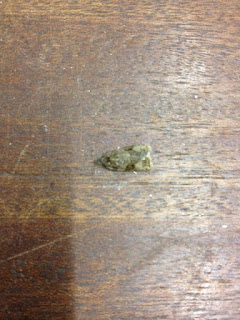 11 out of the 15 VC60 records, and all the recent ones, have been from Heysham or Middleton NR or immediate surrounds

Not a lot of birding done today which was down to ineptitude - how many times have we advised birders not to turn up on high spring tides?  The outfalls visit was delayed and only a single 2CY Med Gull troubled the notebook at high tide.

Despite the dull weather, 2 x Painted Lady were along Ocean Edge foreshore (along with 3 x perhaps migrant Large White) and a Red Admiral was briefly on the 'orange ball' buddleia by the office
Posted by Pete Marsh at 21:34 No comments: