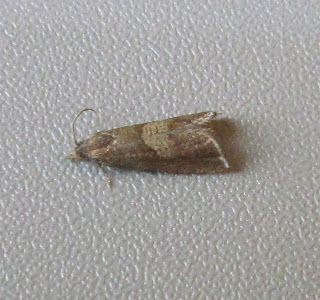 Dichorampha acuminatana was new for the trap but the microlep expert, Steve Palmer, had already located double-figures on and around the foodplant Ox-eye Daisy during 2008.  Thanks to John Girdley for pic.

Heysham Obs
Birds highlighted by the predictable juv Curlew sandpiper, moths a bit better this morning with a new species which almost escaped into unidentified oblivion!