Another freezing night, cold north wind shifting to NNE later. Some sunshine in the morning, with rain showers by the afternoon.

Middleton Nature Reserve
I checked early before the swan feeding shifts started.
Most of the ducks had returned to the open water with the Mute on the "no swimming" pond:
Gadwall 21
Shoveler 5
Mallard 6
Teal 1
No sign of the Little grebe, but I have overlooked them before.
This white ringed Black-headed Gull on the ice, on main pond is a new bird. Unfortunately the ring was in the worst possible orientation, and before I or the gull could move to a better position, someone started feeding the Mute on the "no swimming" pond, resulting in all the BHG flying over and the ducks flying off. 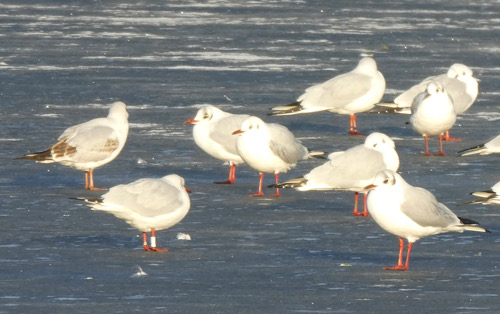 I checked again early afternoon, but no sign of the ringed BHG, but a walk around located:
Grey Wagtail 1
Woodcock 1
Water Rail 2. One squealing half way up the hill on the west side and one calling on top. Water Rail are not normally found here, so they have either moved up from the frozen marshes or come in from elsewhere.
Heysham skeer - low water 09:00
Pink-Footed goose c500 NE between 08:15 - 08:30
Pale-bellied Brent Goose 7 in the SE corner of the skeer
Eider c70
Great Crested Grebe 1
Red-breasted Merganser 2
Knot c2,000
Peregrine 1 (Knot c1,999)
Fieldfare 5 - these stopped off in my garden in Heysham at12:00. They managed some berries from my holly tree, which I had thought was already stripped by the local Thrushes, before moving on again. 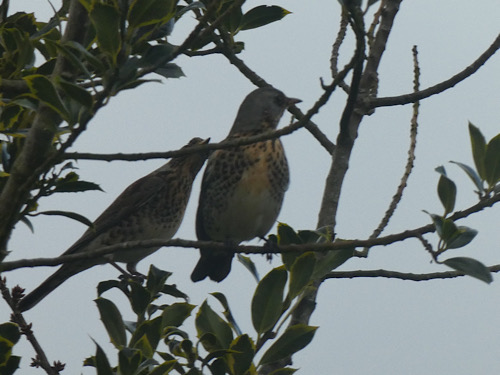 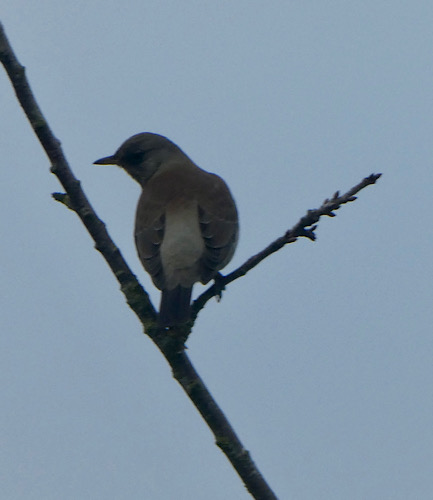 Finally, a good one to watch out for - from Pete

Mediterranean Gull waiting for bread from a lamppost vantage point alongside A589 north of Oxcliffe lights.  Presumably the bird which is sometimes on the beach by the play area or on the horse paddock at high tide 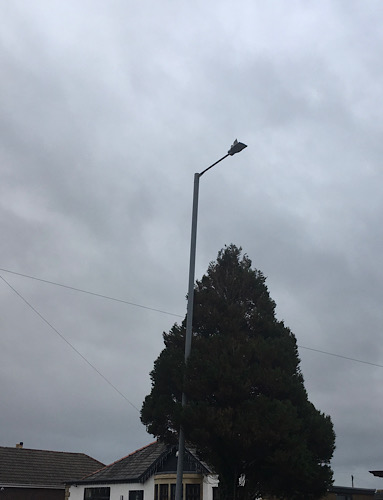