The Return of the Rings

14 pale-bellied Brent were feeding on the north side, out from the childrens play area, on incoming tide. There were no rings on twelve of these, the remaining two were swimming.
They arrived at Red Nab at 10:00. By that time they had been joined by three more birds. Resulting in a count of 17 pale-bellied Brent.  Two of these were the ringed birds, so the 14 must have picked up the two adult ringed birds with accompanying juvenile, or the two swimming birds on the north side were ringed and the 14 were joined by the 3 regular birds, who seem to remain to their own agenda. 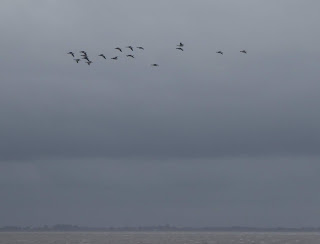 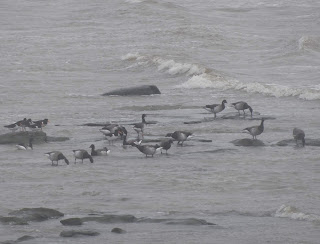 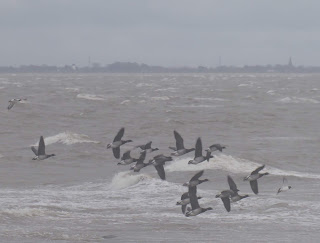 10:29 - Brent leave Red Nab towards Pott's Corner. You can just make out the red ring on two of these. The feeding window at Red Nab will be even shorter on tomorrow's higher tide. 10:30 will be about the optimum time.