Heysham Obs
As usual, didn't get here quite early enough this morning to completely monitor a decent vis mig corridor before the weather came in from the west and wind increased

Managed to belatedly retrieve the situation ringing-wise a little with 20 Lesser Redpoll including the second bird ringed elsewhere this spring from the same ring string Y794701-800.

More later...but the weather is deteriorating into mediocrity 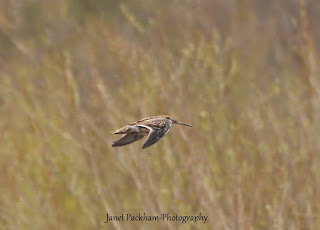 This late Snipe was photographed by Janet this afternoon
Posted by Pete Marsh at 08:01 No comments: