Heysham Obs
Once again, despite the best efforts of a 'lady in red' with a dobermann and another large brown dog creating a 360 degree, 400m avian exclusion zone on the dropping tide, today's intertidal count produced loads of birds, not quite as many as on the neap tides due to the displacement of high-tide roosting birds towards Middleton saltmarsh/Sunderland.  Given the time in the field/in the car watching things in the field, the fare was rather disappointing with the only real interest being: 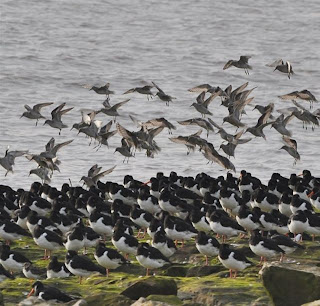 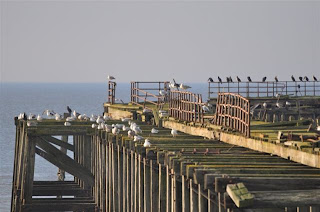 Rotting wood and rusty railings have their uses.  We used to birdwatch from the end of this in the 90's!  Thanks Janet 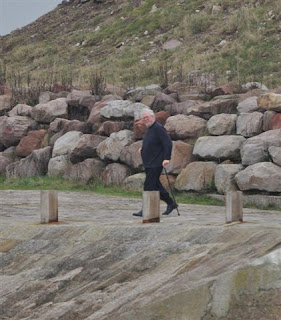 No insects seen today
Posted by Pete Marsh at 19:40 No comments:

11 hour presence and not a scrap of birding!

Heysham Obs
Today was deadline day and the only break was to top-up the feeders:

Goldcrest - 2 next to office 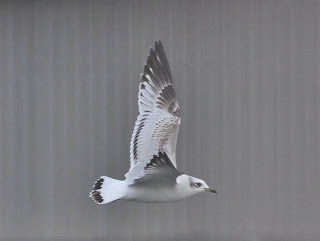 Fortunately Janet was out and about and photographed the above 1CY Med Gull which was also seen by a birder en route to Ireland..............along with an adult, as usual, following the boat and also a single Rock Pipit

Insects
Angle Shades in the moth trap and 2 Red Admirals whilst topping up the feeder alongh with a single worker social wasp
Posted by Pete Marsh at 00:08 No comments: