Just enough time spent on site by me for three different tory party chairmen today, but Malcolm paid two visits and obtained some nice close Red-throated Diver shots.  A few other birders around and the Chough played ball today 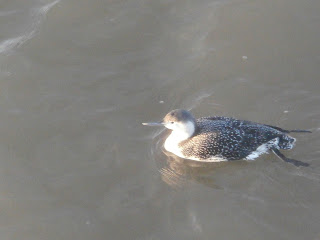 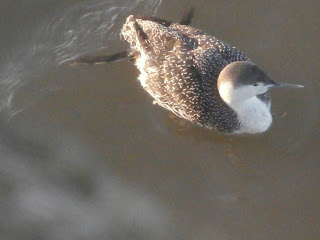 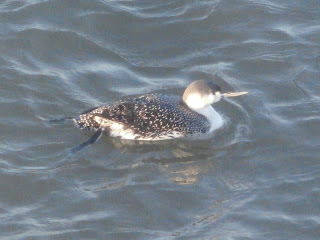 Chough - on HMB fields on and off until at least early afternoon
Stonechat - present along shore
Meadow Pipit - at least one along shore
Bar-tailed Godwit - bird with leg flag along tideline off NH wall - should have two characters on flag if anyone reads it.  Please let us know.  Ta