Traditionally everyone flocks to the sea on a warm bank holiday weekend. Today, as far as I am awaare, none of the regular observers check the sea.

Most of today's records came from Middleton Nature Reserve. Obviously ringing is not an option at the moment so warbler movement can only be inferred, but based on the volume of noise this morning there were more Common Whitethroat and Sedge warbler than of late.
Nine warbler species were all seen and heard, but only glimpses seen of the 3 Cetti's warbler and 2 Grasshopper warblers heard.

Wildfowl:
Mute swan 3 pairs nesting plus 1 2nd calendar year
Greylag 2 - these are regular visitors, but not tolerated by the male Mute 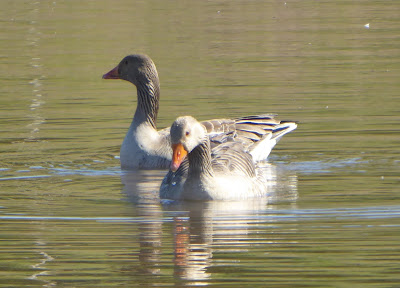 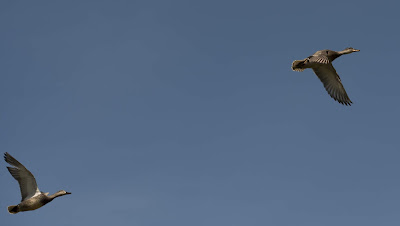 Doing an impression of Hilda Ogden's ducks - thanks Janet 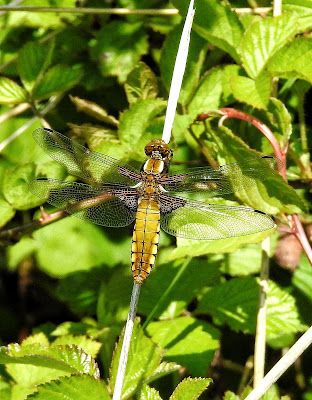 The only other records so far are from a quick check of lighthouse area late afternoon.
Rock pipit 1 visiting nest site, hopefully with food. Another bird, almost certainly not one of the breeding pair near waterfall.

Mother Shipton at least three in the scrub near lighthouse 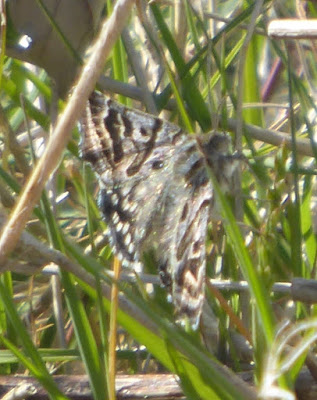