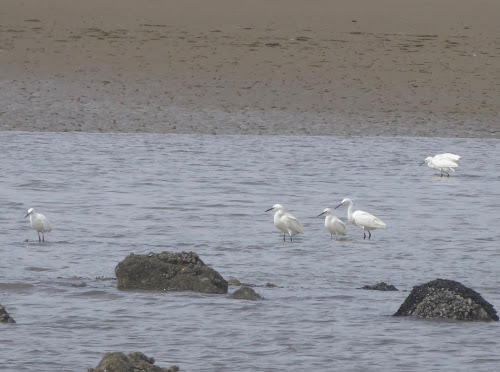 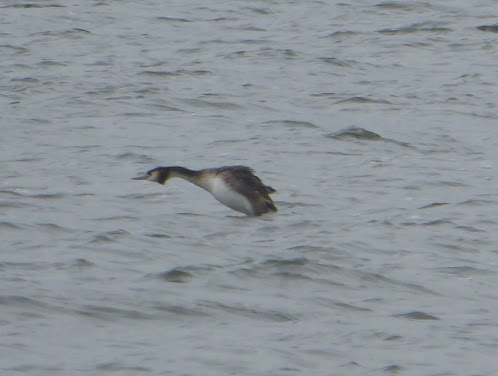 This one, in not quite, summer plumage, looked like it was practicing for next year
South wall (MD)
Two quick checks
Morning - ebbing tide
Whimbrel 3
Rock pipits - 2 on Red Nab plus 1 near lighthouse nest site (not been seen here for a week)
Early evening - flooding tide
Mediterranean gull 5 adult plus 3 x 3cy (none with darvic rings) 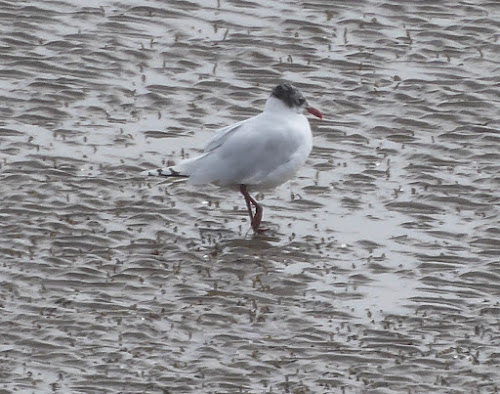 One of the 3cy Meds 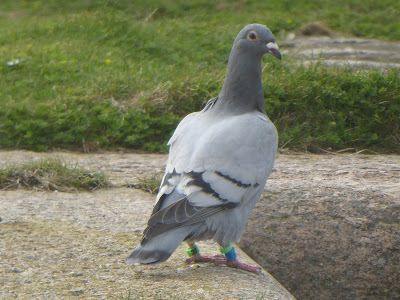 This handsome racing pigeon was either resting, or sorting its bearing out. Either way, it was fine and quickly flew off north. Hopefully in its home coop by now.
Posted by Pete Marsh at 20:41 No comments: