c2000 Grey Mullet feeding on algae on the incoming tide on Red Nab (pic later).  Seawatching included yet another Puffin or two and a distant inbound Marsh Harrier.  The "cold air heat-haze" was causing problems with many of the auk spp i.d. 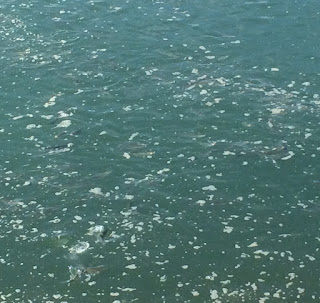 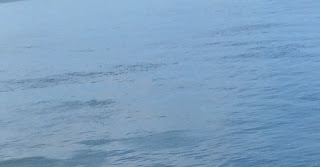