Today's title refers to weather and sightings, although neither were overly exciting (MD)
Light westerly breezes, overcast in the morning but sunny for much of the afternoon and evening. 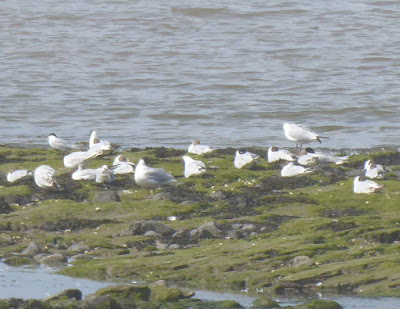 Common Tern top left, plus at least two Med gulls, although they are not being cooperative. 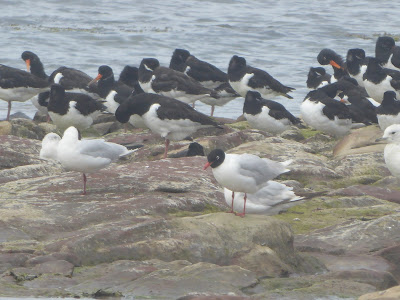 This is a better shot of one of the adults 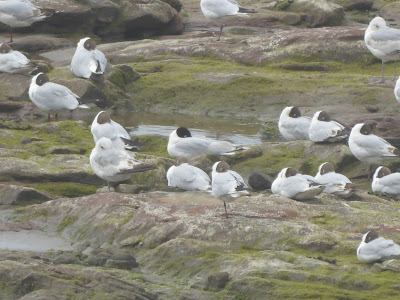 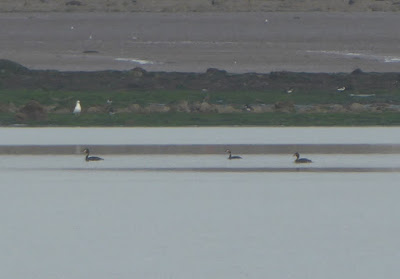 Shore to SE of Ocean Edge saltmarsh
I seem to be saying this a lot this year, I think some of it is due to reduced human activity since lockdown started. Either way....... This is something I've never seen before. Roe Deer tracks on the
beach (mud).

There are at least two deer involved, these small ones accompanying larger ones, must be a fawn with  a doe. 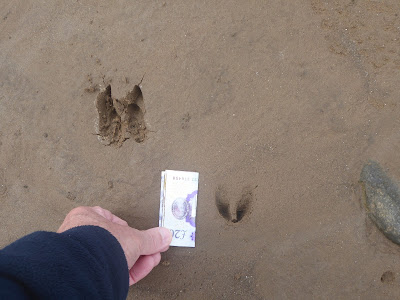 These are much larger. Plus the two hoofs are splayed and the two additional marks behind them are made by the dew claws. This is the mark left when a Roe Deer jumps. 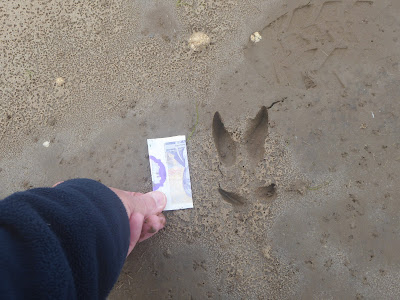 It's not possible to sex a Roe Deer by the size of its footprints, but something was going on here. The tracks went for hundreds of metres and most were jumping, and in both directions. 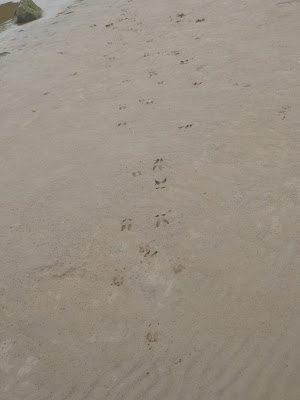 One possibility is that a Doe and her fawn were leaving the Middleton area, and a Buck turned her back. She'll not be ready to mate yet, so he'll be keeping an eye on her till she is.
All the footprints were erased by the tide. I might have another look tomorrow, but I suspect if the above theory is correct, there won't be a repeat performance.