A great selection in a Lancashire context between Ocean Edge saltmarsh and Heysham Head today for visiting birders and indeed locals, Janet, Pete and Malcolm.  South to north: 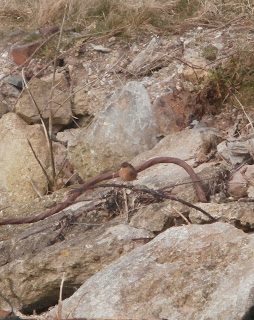 Shag - its back or another identical bird with identical habits.  Easy to miss when its in this location 'below' the wooden jetty remains (thanks for pic Malcolm) 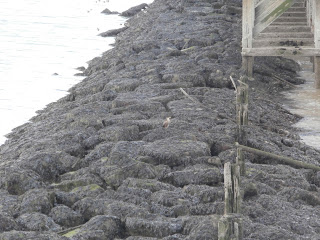 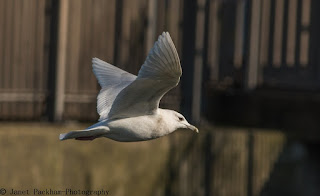 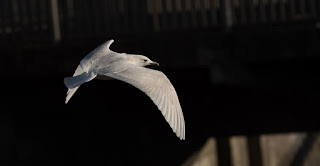 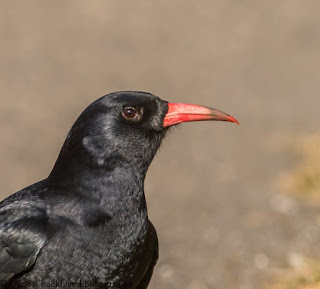 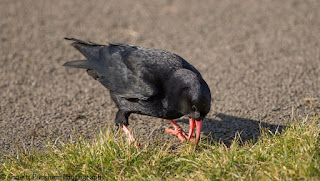 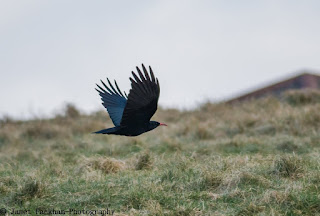 Thanks Janet - fleeing an over-inquisitive dog, not the photographers!
Velvet Scoter - a new element to the strategy with this tricky bird.  In the very final stages of the dropping tide, the Eider often readjust their position by flying back north as they are slowly drifted south of the feeding area.  Therefore at about 1155hrs, the Velvet Scoter flew about 500m to the north in the same mode as the Eiders.  First time I have seen it fly and a whole lot easier to locate!!
Med Gull - Ad coming into summer plumage on the beach off the childrens play area as viewed from Knowlys road
Posted by Pete Marsh at 14:27 No comments: