Heysham Obs
Some seriously good pics from Janet - thanks: 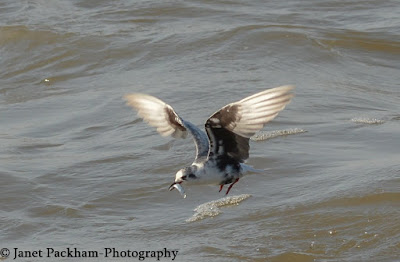 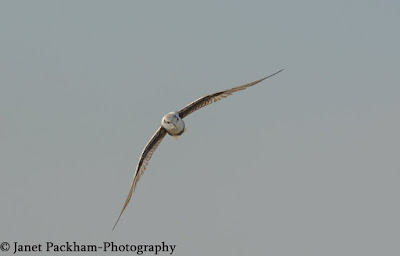 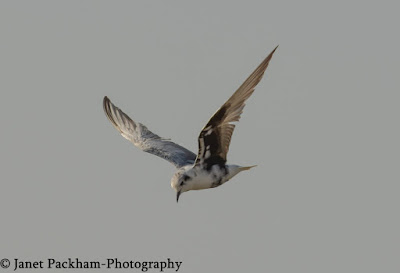 Today saw a little more vis mig during the morning session but fewer grounded night migrants.  Coal Tits were in evidence and the vis mig highlights also included a flock of 8 Tree Sparrow, a flock of 7 Jay and a Collared Dove!
Office area vis mig (S/SE unless stated)
Goldfinch - 24
Coal Tit - 25
Meadow Pipit - 196
Song Thrush - 1 flew west calling
Carrion Crow - flock of 4 S
Chaffinch - 21
Grey wagtail - 1
Jay - flock of 7 S, 1 S, 2 S
Raven - flock of 3 NE
Dunnock - two singleton highflyers S
Collared Dove - 1 S - scarce of late on passage
Siskin - c5 S
Tree Sparrow - flock of 8 east, landing briefly
Bullfinch - 2 S - the first high-flying birds noted this autumn
Jackdaw - 15 N
Swallow - 4
Ringing Middleton and Heysham combined (new birds)
Wren (3), Chiffchaff (5), Goldfinch (1), Coal Tit (10), Great Tit (1), Greenfinch (2), Goldcrest (5), Meadow Pipit (2), Blackbird (2), Lesser Redpoll (2), Dunnock (1), Reed Bunting (2), Robin (1)
Heysham Head late afternoon
Firecrest
Following up a strong claim of a Yellow-browed Warbler call from someone very familiar with the species, widening the search produced a series of 'insistent' calls in the canopy directly overhead on the Barrows.  This was followed over the next 25 minutes by two glimpses, one seeming to show some 'rust' on the shoulders but on neither of these views was the head visible.  Then another series of firm insistent calls, about 20 minutes after the first ones.  Then finally a brief glimpse which included the head and white supercilium.   To my horror, then realised my phone was dead - too many 'thank yous' to birthday wishes!  So sorry the news was a bit late being put out
Coastal
Cormorant - 151 wooden jetty
White-winged Black Tern - very mobile today including roosting amongst the juxtaposed sleepers on the wooden jetty amongst Turnstone/Redshank/large gulls
Butterflies
Amazing today with Red Admiral between 70 and 100, Small Tortoiseshell also all over the place including along the seawall by the wooden jetty and a few Painted Lady & Peacock, Comma with slightly worse for wear Speckled Wood all over the place.  A few whites and two worn Common Blue also seen.  Silver Y were also all over the place with eg 25-30 on the yellow buddleia by the office and many along the seawall 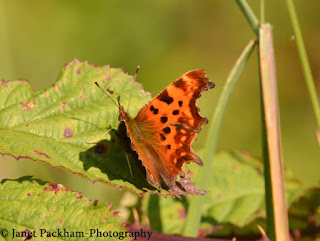 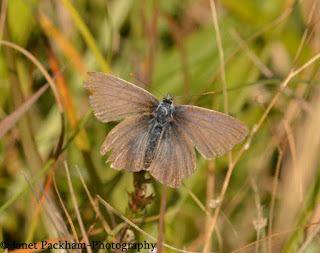 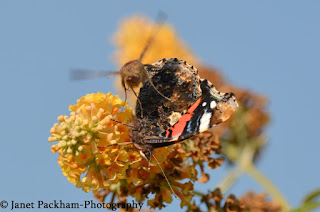 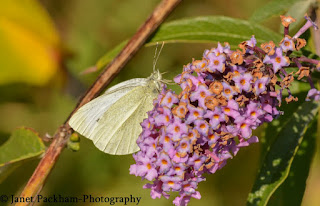 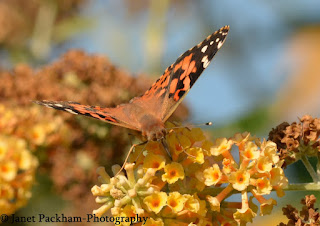 *******
So after all the xxxx of the summer/early autumn with awful local breeding success, dreadful ringing totals and complete lack of seabirds, what a month (with apologies to Leach's Petrel)!  A decent rarity, Firecrest and Yellow-browed Warbler already in the autumnal bag and really good numbers of migrants, especially Chiffchaff, Goldcrest and Blackcap, but also including well-above average numbers of out of habitat Reed Warbler and a decent sample of colour-ringed Grey Wagtail, despite incessantly sunny mornings shining on part of the catching net.  Latterly a minor Coal Tit irruption, with more ringed in the last week than the last two years put together ﻿