This produced some varied sightings highlighted by a long overdue confirmed first record for the obs - two Great White Egret flying north over the eastern end of Middleton Nature Reserve at about 1015hrs.  Seen by Janet and Malcolm just after Janet had put her camera in the car - cue rapid action and a creditable shot given the circumstances.  One previous report from an angler of a big heron with a yellow beak going back a few years 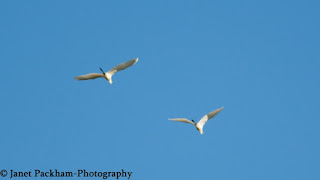 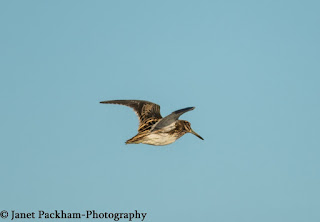 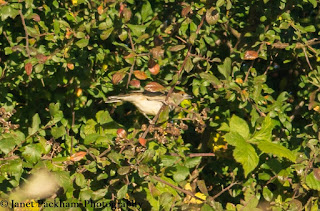