One of these has a darvic with black letters on a dark background but I just can’t quite read it. Another seen more briefly before it sat down had white lettering on a 'dark' background.  Five in total and 18 Meds altogether on Red Nab.  None of the older birds where the legs were visible (8) appeared to be ringed, so if you are down there, please concentrate on juvs.  Thanks. 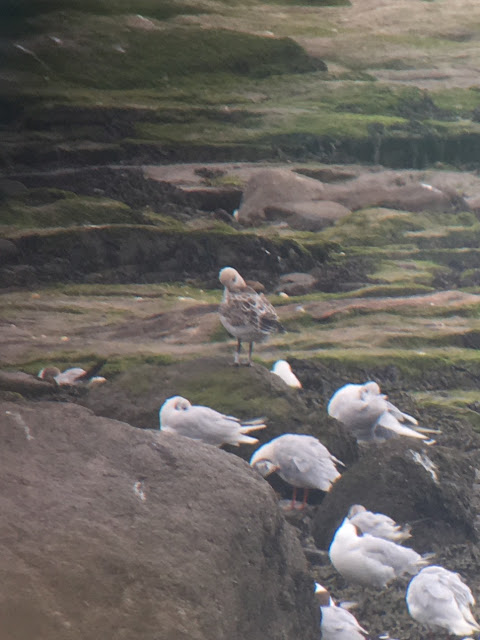