(MD - Pete's still away)
The lingering, presumed female, Rock pipit, at the failed nest site near harbour lighthouse, has not been seen for four days.  (sex based on distictive supercilium of nest building bird)
Today a male Rock pipit was seen displaying (parachuting) several times over Ocean Edge salt marsh.
The potential downside to this possible new breeding location is the lack of an obvious nesting area, that wouldn't be vunerable to predation. I'll keep an eye on developments.

In contrast the the north shore Rock pipits have at least one, probably two, fledged young.
Three feeding events were seen, and at one point there appeared to be be four birds around, but only clear views of two at a time, so couldn't confirm two juvenile. 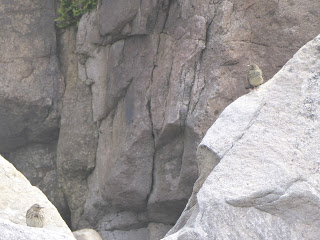 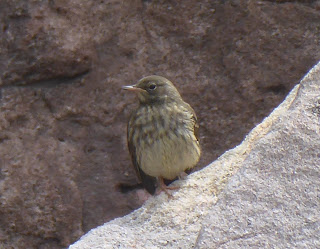 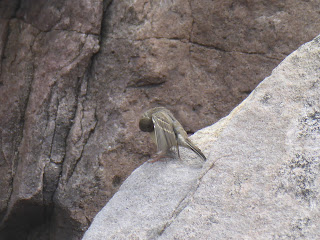 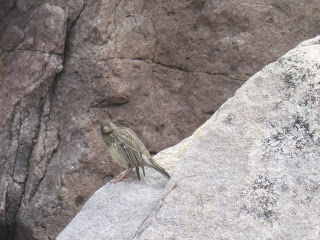 Red Nab - mid morning
Over 50 Black-headed today, mainly 2cy, no sign of any Mediterranean gulls.
One of these Eider seems to have some sort of leg tag, but couldn't get any clearer shots than these. 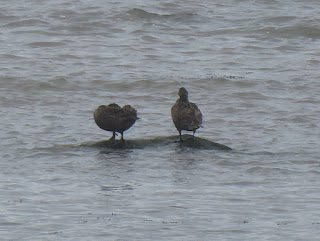 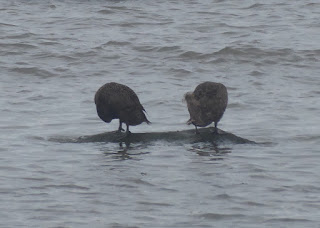