Med Gull: At least five with darvic rings - many sat and legs not viewable -  Adults with green darvic (3), unspecified pale colour (1) and red (1) with juv seen very briefly with a 'pale colour ring' on Red Nab on incoming tide - very frustrating as couldn't quite read any of them with my eyes, but Pete had more luck with at least one of them 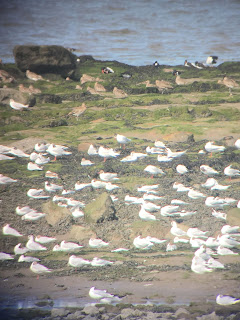 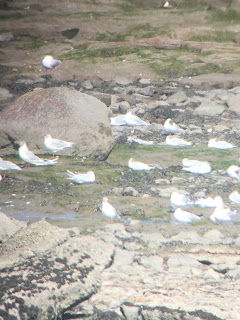 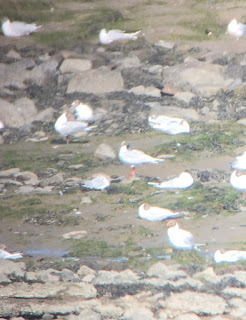 Dunlin - unexpected invasion of 1,100-1,200 - nearly all in summer plumage - some flew off, but many stayed on the outer edge of Red Nab on the incoming tide 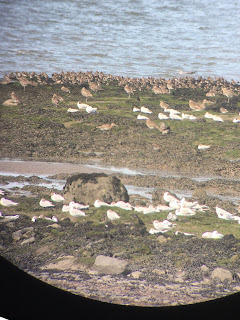