Heysham Obs
Two ringers, one with a knee injury, were available today so just three nets were put up on Middleton and that was enough!    Whitethroat were in good numbers, including at least five around Heysham NR office (after none recently) and juvenile Blackcap were also on the move.  The status of the two young Grasshopper Warbler caught late on in the ringing session was uncertain - possibly migrants rather than wanderers from territories outside the ringing area

Middleton ringing central marsh
Twenty birds were caught in these nets on the timed CES yesterday and the only retrap of a bird ringed yesterday was one of the Long-tailed Tit flock.  Therefore stuff is really on the move with newly-ringed birds including:  Whitethroat (18), Blackcap (10), Sedge Warbler (5), Willow Warbler (4), Lesser Whitethroat (3), Grasshopper Warbler (2), Reed Warbler (2), Chiffchaff (2), Garden Warbler (1), Reed Bunting (2). Just 7 retraps out of 61 birds and only 8 birds caught which were not warblers.

Swallow roost Middleton
Single net used.   Roost very scattered with birdsw using three or more sites and totalling no more than 30 (& 6 or so House Martin).  9 Swallow including one ringed elsewhere, one Pied Wagtail and one juvenile Long-eared Owl were caught!! 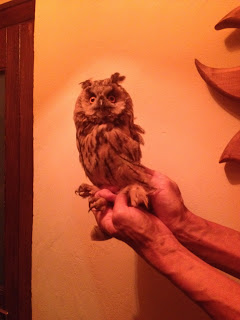