The sum of the bit-parts

Today was a bit like one of those seawatching reports which look absolutely "mouth-watering" until you see the small print................. (0530-2000hrs = one decent bird every 2.5 hours).  For example, the only birds of note I saw today were: about 40 seconds of juvenile Shag (along with Rosie and Mario), a distant Little Gull and 1st W Kittiwake on the outfalls, yet the 'full house' was available for visiting birders, but extremely elusive with only the Brent Geese playing ball to any extent.  Pics from Malcolm unless otherwise stated - thanks for these

Glaucous Gull - juv under the waterfall c1000hrs as per these pics but not there one hour beforehand and not seen since.  Where is its bolthole or rooftop? 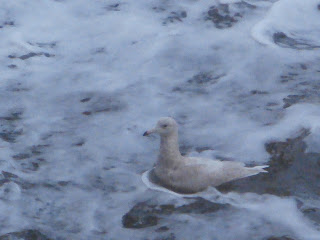 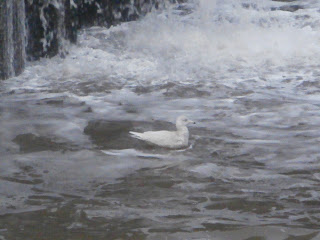 Pale-bellied Brent Goose - the two were on the shore north of Heysham Head off the horse paddocks, then shifted to Red Nab at High Tide (1500hrs).  This is a Pale-brindled Beauty copied by accident but the first moth of this year at Heysham NR office! 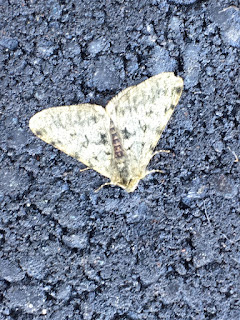 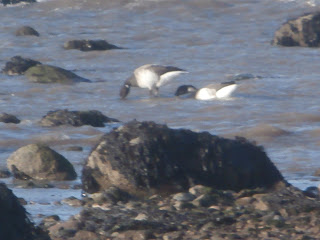 Shag - juvenile flew into the harbour mouth from along the north wall about 1150hrs, remained for about 30 seconds then flew 'round the corner' towards the inner end of the outfalls.  Not seriously looked for since but a nice addition to the year list
Little Gull - adult flew out about 1220 hrs
Kittiwake - Juv on outfalls late afternoon
Stonechat - half moon bay female seen again, NNEW on Ocean Edge bird
Chough - only definitely seen about 1130hrs in field north of cafe 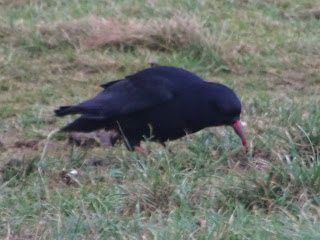 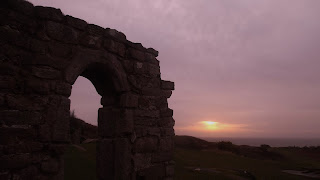 Chough plus a bit of Choughish scenery (thanks Jeff)