A couple of decent recoveries here - a late autumn passage Blackcap caught in Holland on spring passage - prob Scandinavian bird and a Greenfinch found dead at Sedbergh in the breeding season.   Several Greenfinch ringed on autumn passage in October have been subsequently found in NE England 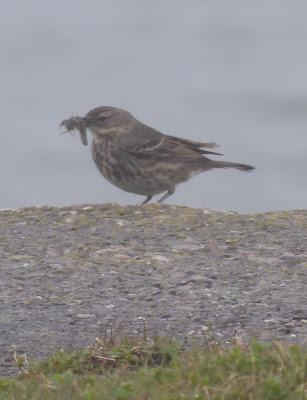 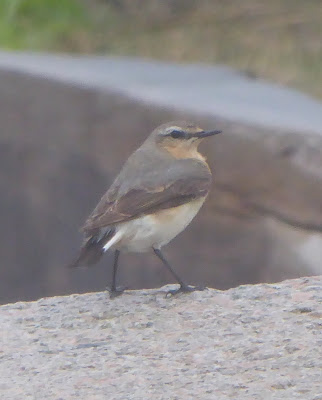 Heysham skeer low water 17:10
Probably the most interest was what wasn't here. No Great Crested Grebe, Red-breasted Merganser, whimbrel or Knot.
In fact the only waders other than the omnipresent Oystercatchers were 2 Ringed Plovers and 6 Curlew.
Eider 47
Little Egret 7

Middleton Nature Reserve early evening.
Just a quick look at the two main ponds to check how the Mute were doing
There are now 24 Mute on the main pond including the original nesting resident pair, still sitting. At least 10 of the new birds are 2nd calendar year.
In contrast, the only birds seen on the "no swimming"  pond were the resident pair of Mute, including the very aggressive male. Plus a single Little grebe. 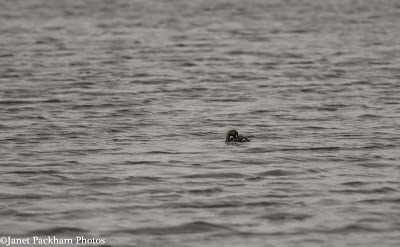 Thanks for picture Janet - this one was on the main pond

Without going any further than the track between the two ponds, the following warblers were heard. Willow Warbler, Chiffchaff, Cetti's Warbler (2), Common Whitethroat, Sedge Warbler and Blackcap.
Swift 2 over to north