Heysham Obs
It has been elusive today with 'no sightings since mid-afternoon' until about 8.30pm after which it was located off the southern end of Ocean Edge with at least 6 Meds.  Need to be aware that the freshwater is very low on Red Nab and birds may also go and bathe on Middleton model boat pond
Obviously the Bonaparte's Gull has been the main attraction but there is a sideshow involving up to 20 or so Med Gulls.  See below for Gav Thomas pics (flight) and one from Mark Nightingale (on Red Nab).  Thanks very much for these

Med Gulls
Some of these have rings and thanks very much for the efforts so far by Chris Batty, Paul Ellis, Jean Roberts, Pete Woodruff and Gav Thomas.  This activity is completely out of my league until the eye fully heals!  The following is the situation I am aware of:

A right-leg metal above the foot 3CY - anyone managed to read it, please?
3-4 with metal above tarsus - assume these are impossible!

Any other darvic rings seen, please? 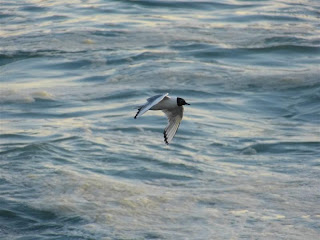 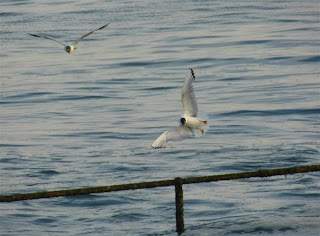 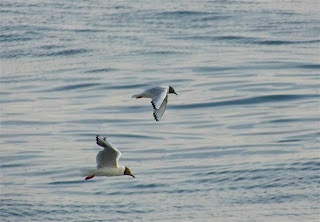 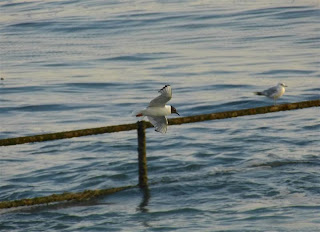 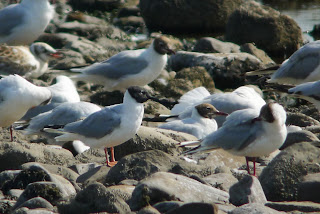 Moths
18 Double Dart in two actinics - definitely the top site for this species!  Loads of moths in actinic set overlooking many key habitats
Posted by Pete Marsh at 20:08 No comments: