Middleton Nature Reserve
09:00 - 10:30 MD, 10:30 onwards Janet.
Still no sign of the 10 fledged Mallards, but the Tim Butler female has produced another 10
Mute 2 pair 9 & 2 cygnets
Little grebe 1 adult on Tim Butler
Water Rail - at least two making contact calls on fence pond
Warblers 9 species seen or heard, including:
Cetti's warbler "no swimming" pond and central marsh males singing
Garden warbler 1 male singing near the yellow barrier. Hopefully it will hang around, meaning with today's silent Grasshopper warblers there should be 10 warbler species possible.
Moths:
Two more Drinker caterpillars, again sitting in the middle of tracks.
Later Janet saw the first Six-Spot Burnet of the year
The only butterflies seen were Speckled Wood, Small Heath and Small Tortoiseshell
Dragonflies were just starting to be active as I was leaving, Janet saw more later, between us there were at least:
Common Darter 3
Black-Tailed Skimmer 2 male
Brown Hawker 1
Emperor 3+
Broad-bodied Chaser 2
Four-spotted Chaser at least 1
The following are some of Janets pictures 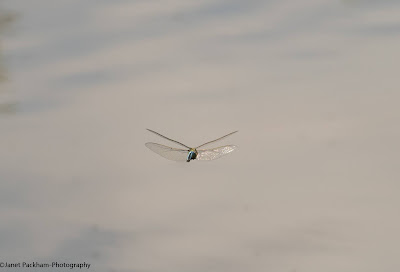 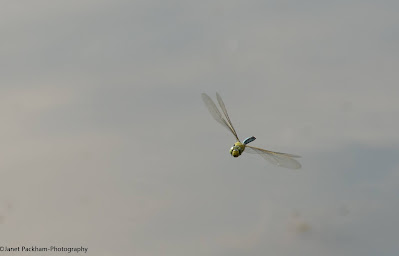 South shore early afternoon
The light breeze had been from the north all day, possibly with a touch of east in it, so I went down to see if any insects were coming in off the sea (MD)
It looked promising, in the short strip between the end of Ocean Edge foreshore and the start of Red Nab there were
Black-tailed Skimmer 1 male
Small Tortoiseshell 8
Painted Lady 1 - I saw it come in off and it immediately started feeding on the first flowering plant it encountered.
I took this short clip of it feeding.
But as I walked down the wall the wind was shifting around, there was another Painted Lady come in plus several Ladybirds.

By the time I reached the end of the wall (15:20), the breeze was firmly in the WNW and had become quite fresh. Nothing was coming in off. There were another 5 Small Tortoiseshell, presumably they had come in before the wind shifted, but nothing else except the resident Common Blue butterflies.
Rock Pipit 1 - the ringed male was collecting food.
This next clip is for audio only, and it is only temporary to allow more experienced ears than mine to confirm, or otherwise, the Garden Warbler singing (MD)
Posted by Pete Marsh at 20:54 No comments: