Chiffchaffs everywhere, but not much else 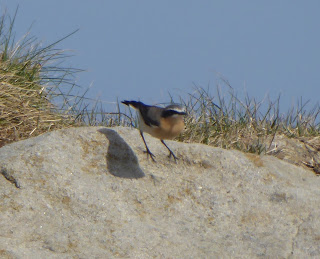 Felt the need for some vertibrate images today after yesterday's invertibrates, so by way of a change this is one of Wheatear taking off. It's all in the footwork! 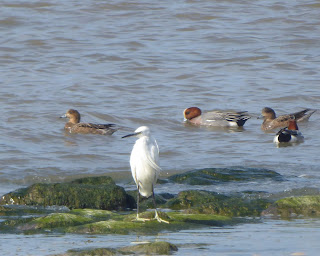 This one of Little Egret and Wigeon at Red Nab, just because it reflects how tranquil the day felt. 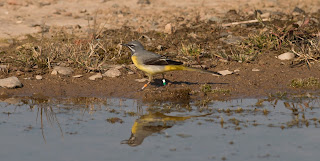 This excellent picture from Janet

The warm sun brought the local newts to life, these Smooth (Common) newts were in the small pond between the dog walk and Red Nab 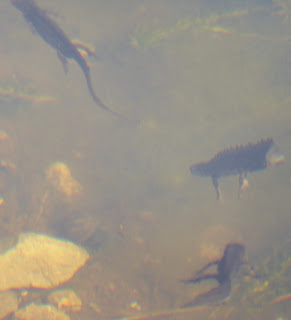 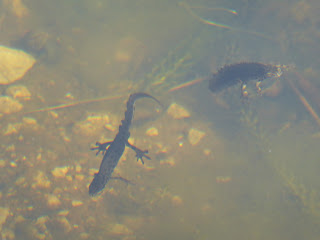