Heysham Obs
Well worth the backtrack and 1.5hrs migration coverage from Jean (sea) and myself prior to returning back past my house to go and work in a mobile/internet-free dale near Hawes.  Alan also put in a major effort covering the mist-netting side of things from dawn.  John and Pete also helped the coverage and the only shame was missing the flock of four Poms which must have gone through us at about 0930 (tracked past Blackpool/Rossall but no seawatching here 0815-0935)


Anyone responsible for Lesser Redpoll L458922?


Insects
When these were received from Janet (thanks Janet) this evening, the first thought was that they were early (especially the Common Carpet moth).  However, it is early May, even thought the temperatures and those for the immediate future don't feel like it.  Anyone able to say whether these are Azure or Common Blue damselflies, please? 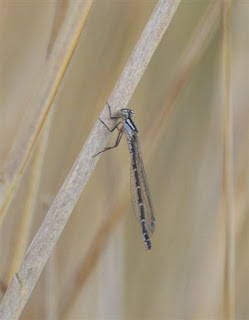 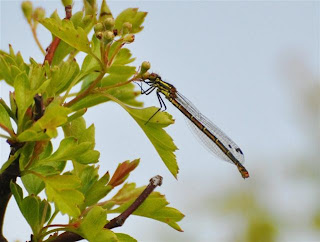 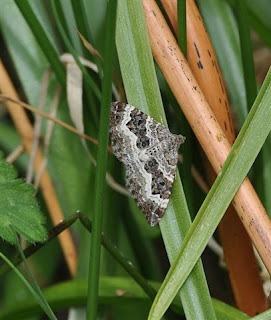