Quite a few grounded

Red Nab
Ocean Edge motto is about amazing experiences.  Many seemed happy with this this morning - taking selfies next to a doomed Range Rover ready for its second tidal dunking.  Trouble was the associated mutts were not impressed and the seagulls were scattered 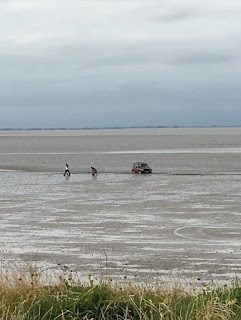