Target seawatching and a blast from the past 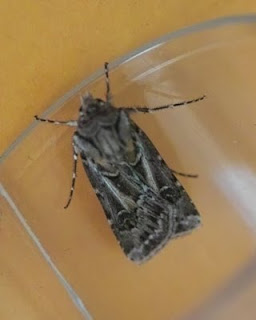 Moths
The fourth Archers Dart for the hut trap (two 1980s, one 1997) was presumably a result of a strong wind traversing the bay from known regular haunts in the Walney area?
Posted by Pete Marsh at 09:40 No comments: