The breeze was again from the west with sunshine all day.

The only records so far are from mine (MD) and Janet's exercise walks mid morning at
Middleton Nature Reserve.
All the 9 regular warblers (see post 23/04) were seen and or heard. Although the two Grasshopper warblers heard were underwhelming, one very quiet and the other only singing in short bursts.
It's a shame because many of the other warblers were taking advantage of the calmer conditions to sing from the bush tops.
As per this Common Whitethroat 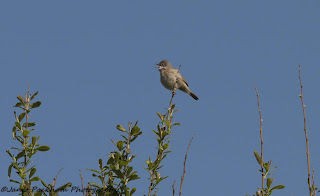 It's also nice to see and hear the Wrens more than matching the warblers. 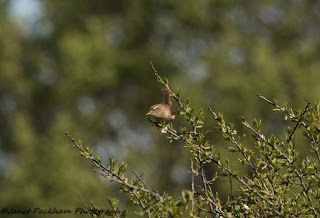 Pictures from Janet - thanks

Today's post title refers to my prediction yesterday, of Four-spotted Chasers being located on Middleton today. No sign of them, but two teneral female Broad-bodied Chasers were located. So half right. 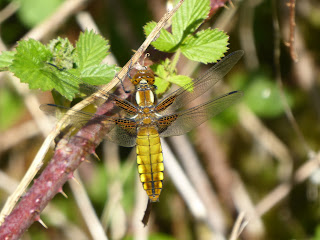 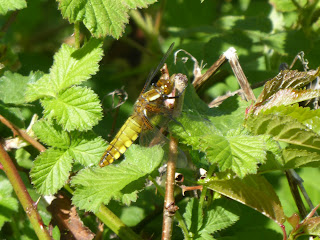