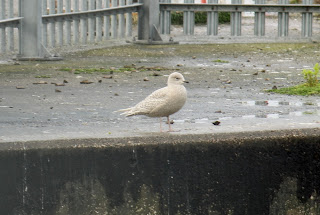 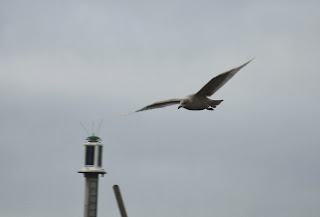 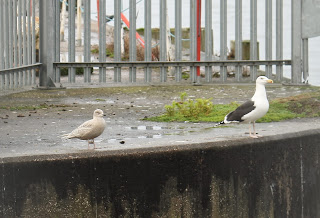 Must get the local patch website stuff sorted out.  A really jammy 'patch find' this morning with good birders who got up at the proper time checking everywhere but the old Fisher's roof on which was a juv Iceland Gull - presumably a small female.  Its behaviour also suggested that it has been around for a day or so as it quickly located the waterfall.  Hopefully it did not clear off at lunchtime when it flew off up the harbour and out of view.  Pics later.

North wall/harbour area
Iceland Gull - juv, pres female, 1000ish to at least 1145ish, then on Red Nab until at least 1330hrs when all observers left
Red-throated Diver - one in the harbour - didn't get good enough views myself to age it - any help please?
Med Gull - 4 adults, including 2P96 darvic-ringed bird