Inshore
Garden Warbler 2 singing Moneyclose Lane (PM). One singing yesterday on Middleton Nature Reserve (SC)
Cuckoo (first (probably only) record for the year) one singing in the small wood behind the Half Moon Bay cafe at 11:45. Heard from allotment at the bottom of Smithy Lane by Phil Rosser - thanks

Middleton Nature Reserve
See  yesterday's record for Garden warbler above. This means there are potentially 10 warblers to be found here at the moment.
Both Cetti's and Grasshopper warblers singing this morning - re Janet
Common Snipe 1 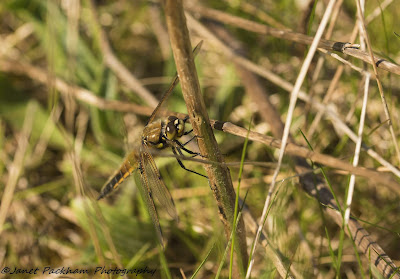 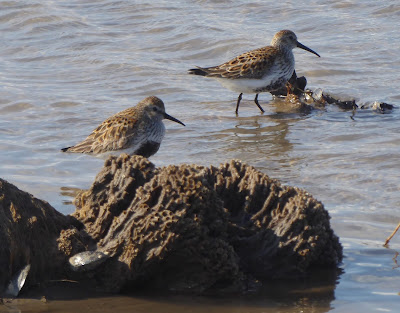 Two of the Dunlin amongst the honeycomb worm 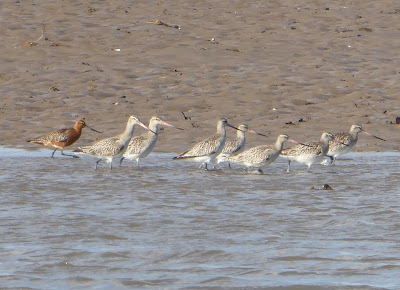 One in full summer plumage
Posted by Pete Marsh at 20:30 No comments: