Clear as a bell this am and landbirds were at a premium but the sea was covered pretty well (Pete Crooks, Jean Roberts and Nick Godden at SJ).  The saga of the ancient A ring on a Sedge Warbler is being resolved.  The string was donated to the group recently by an ex-ringer and used on a Sedge Warbler at Leighton Moss on 18/4/18 (hence bright new ring when we caught it) and it has now been caught three times at Middleton central marsh so presumably on territory there (male wing length) and a case of a minor overshoot to Leighton Moss on migration! 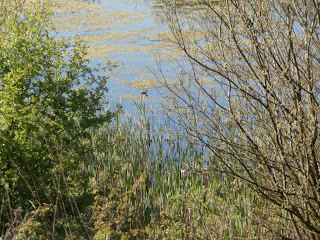