Iceland Gull is back

Heysham Obs
Alan restored the Twite feeding area this morning and 17 Linnet, 6 Goldfinch and 3 Twite were on the seed fairly soon afterwards.  There might, however, be some limitations on access to the north wall as the clearing up operation begins.  After an obvious dearth of large gulls around the harbour, the juv Iceland Gull reappeared on Red Nab late morning as this rubbishy record shot via scope/mobile indicates: 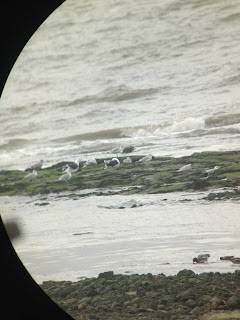 ...............as does the fact that the tide was just about to cover the roosting site.  Also 78 Wigeon and a single Meadow Pipit in the area.  Two adult Med Gulls in the harbour along with a single Guillemot visible (but up to 3 underground) 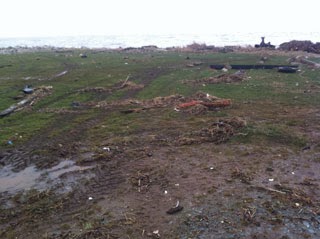 Above: The scene at Ocean Edge foreshore after yesterday's tidal surge
Below: The tidally rearranged Twite feeding station 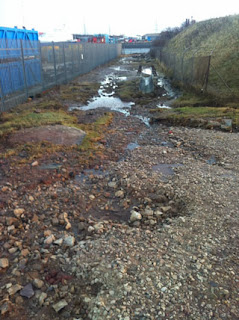