The second warmish day in a row - what a summer! Light west breeze, overcast till the evening, then sunny spells.

There where hardly any small birds around, until I encountered the mixed feeding flock, which is now larger than ever. Led by at least 30 Long-Tailed Tits and followed by Great, Blue and Coal Tits, plus several Willow Warbler, and probably Chiffchaff- 40 to 50 birds in total.

It would be nice to think that this Pheasant with a pink leg ring, obviously reared as a game bird, had decided the safest place to play the "game" is inside a Nature Reserve! 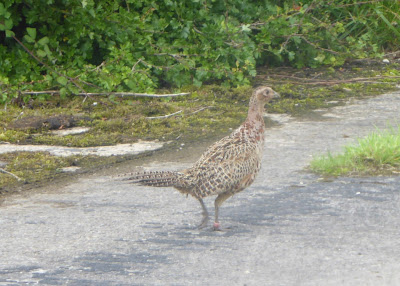 And the first two Migrant Hawker of the year. 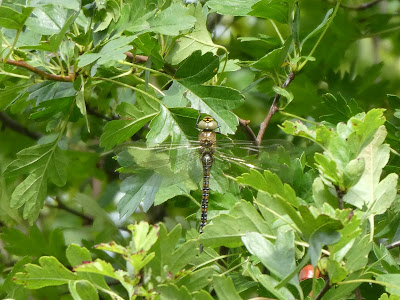