Wheatear - 3
Meadow Pipit - 820 NE/grounding on Knowlys fields, many flushed from Heysham head grassland, others heading past out to sea. All just after heavy rain ceased and most passing in a continuous stream over 30 minutes.   Not replicated on the south side of the harbour with just 37 in same time period
alba Wagtail - just 4
Greylag - one north along coast
Shag - 2CY on rocks at base of wooden jetty at seaward end
Sandwich Tern - three fishing at yellow buoy range
Razorbill - 12 in (3, 2 or singletons) on sea
Guillemot - one in on sea
Great-crested Grebe - 6
Red-throated Diver - three together in on sea but distant
Goldcrest - 3 below obs tower
Green Woodpecker - one in non-op land
Chiffchaff - singing along dog track and at Middleton
Eider - 202
Red-breasted Merganser - 5
Little Gull - ad type outfalls 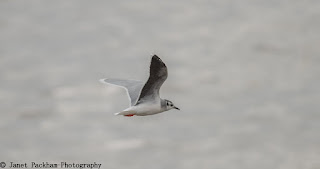 Pale-bellied Brent Goose - 7 at Red Nab (but only a gang of four seen off Knowlys earlier)
Siskin - one heard Heysham head
Posted by Pete Marsh at 14:06 No comments:

Sorry someone else was supposed to be posting for Tuesday!

Little Gull - adult briefly stage two outfall
Brent Goose - 7 pale and one dark on the usual routine, initially feeding on the skeer off the horse paddocks
Eider - 194
Shoveler - pair on the sea off Heysham Head - what a good year so far for here!
Razorbill - 2+1+1+2 floating in on the sea
Guillemot - 1 floating in on the sea
Raz/Guilli - distant one floating in
Meadow Pipit - c60 grounded or north
Pied Wagtail - 6 grounded or north
Goldcrest - one Heysham head
Chiffchaff - two singing EDF land
Wheatear - 3
Posted by Pete Marsh at 00:26 No comments: