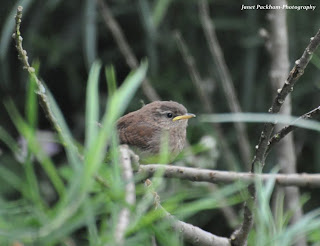 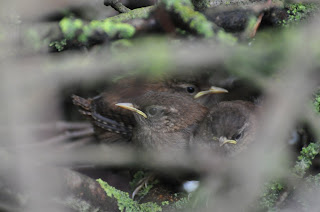 A different lot of young wrens taking their first steps into the world. Thanks Janet

Outfalls/Red nab
Med Gull - 2 2CY, one a new bird (both unringed), one adult but the tide a little too high for a proper check

Moths
Decent catch by this summer's standards with not all the small stuff identified yet.  Best were a late and worn Shaded Pug (one of the few pugs you can easily identify when worn!), an Obscure Wainscot, two Double Dart and a single Silver Y 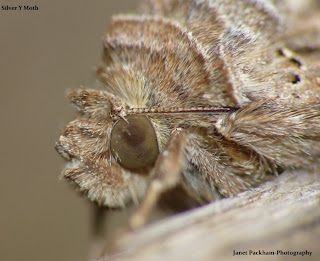 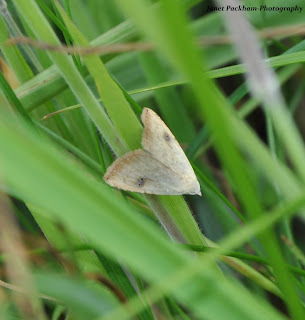 Close encounter with a Silver Y and a Straw Dot at Middleton.  Thanks Janet
Posted by Pete Marsh at 14:23 No comments: