Where did all the ducks go?

There was a Red-throated Diver in the channel off Heysham Head floating in on the incoming tide. This species has been conspicuous by its absence of late despite lots of channel checking.

Not much caught after a clear, moonlit night, just a few migrants and some old friends:

Other stuff:
Middleton Nature Reserve
After all the ducks on the "no swimming" pond over the last couple weeks, a quick check this morning found the only occupants of the pond to be:
Mute Swan 1 adult
Gadwall 2
Coot 4
Moorhen 4
Little Grebe 2 - by way of experiment I'm adding a short video. I've no idea if the link will work or what the resulting quality will be, but if it's any good, it is something I may do again (I've had a look at the published post now, I would recommend viewing on "full screen")
South Shore
Neither the Shag or Sandwich Tern was seen/reported.
This cormorant seemed to be enjoying the pleasant conditions and had several "washes" 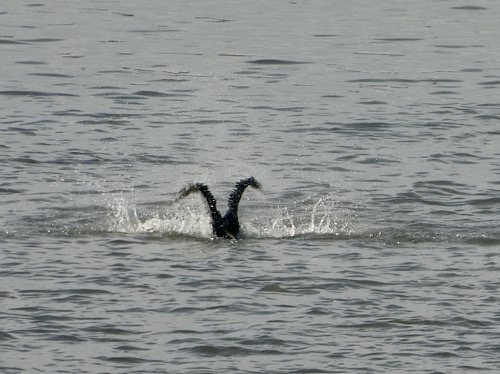 The east breeze and warm sun resulted in a lot of small insects being attracted to the sea wall, this in turn attracted:
Rock Pipits 3
Pied Wagtail 8
Grey Wagtail 1
Meanwhile, this Turnstone satisfied itself with tiny molluscs 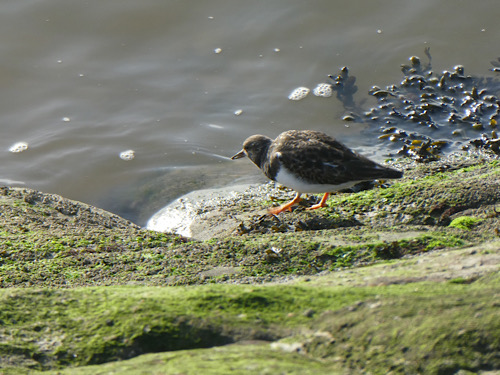 This Black-headed Gull is a Polish ringed bird, that has spent the last three winters with us. This is the first record this winter. 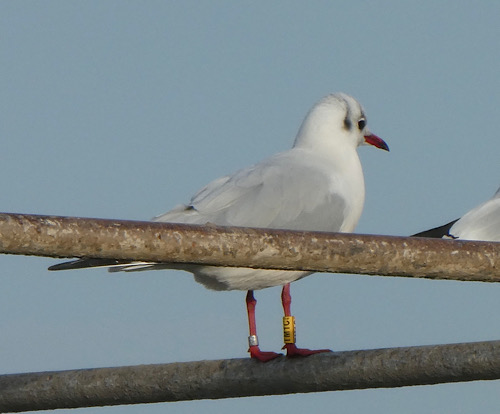