There were no Little gulls on outflows at lunchtime, but the two Bar-Tailed Godwit were feeding in the same area as yesterday. Kevin managed some sharper images. 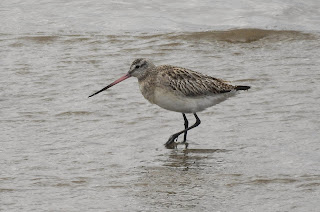 Little gull - by high water there was one 1st winter, plus the adult with the damaged primaries on No.2 outflow.
Kittiwake 1 adult was also on outflow 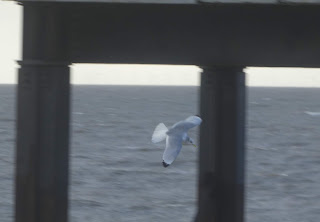